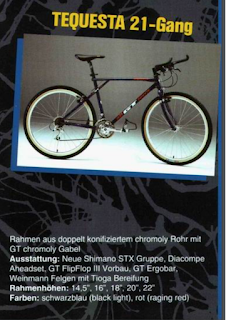 I have the impression, that specifically regarding frame specifications / descriptions are somewhat influenced by the marketing department trying to differentiate models more than they actually were. The top tube of my Tequesta has a very obvious groove for the rear brake cable. "Groove Tube" as a design feature  is explicitly mentioned for the "top" Chromoly models Bravado LE, Corrado and Karakoram only. 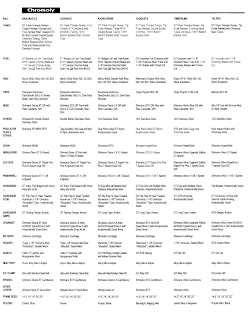 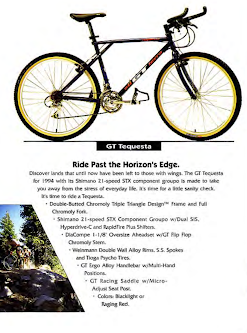 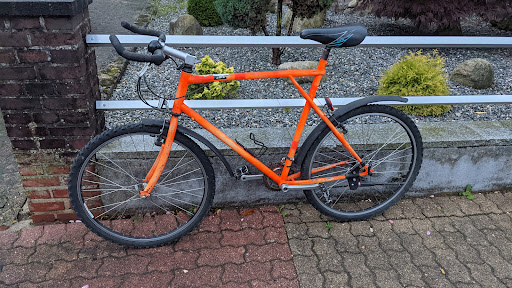 My GT has had a GT Ergobar (steel handlebar) and a Dia-Compe ahead stem and Shimano Altus A20 gearshifter, brake levers. The cockpit components are an odd mix. The Altus A Series was introduced in 1992 and are entry level components. Normally my Tequesta should have had better STX brake levers / shifter. I believe that the first or second buyer changed the original flat handlebar to this GT Ergobar. To do that they swapped the complete handlebar with another GT bike, for example a GT Outpost or Timberline which were equipped with Altus A series components. To adjust the geometry, the Dia-Compe Stem was added to my bike. I know... I am speculating, but it is fun.
Why 1994?

The fork has a steel stamp of 1993, the bottom bracket 5 digit serial number starts with a 94. Therefore I call it a 94 GT Tequesta.
2 weeks after purchase, paint stripped off naked steel frame: 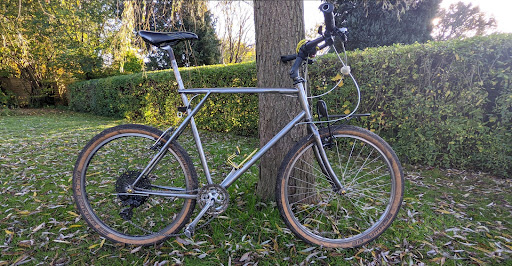 I have swapped all of the modern components of my previous project bike, the Merida Dakar. 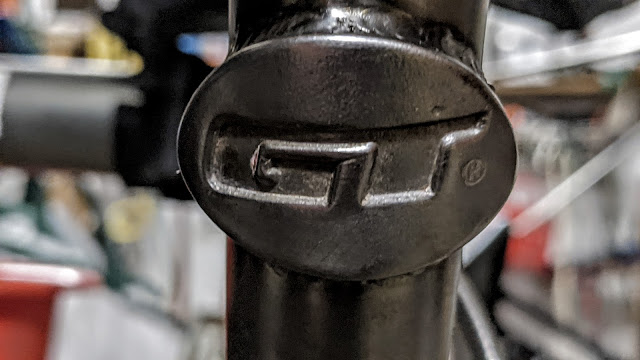 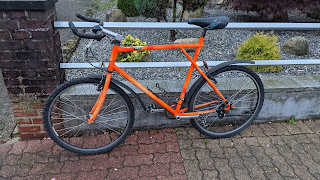